This season of SAO really came to me as a surprise. I thought Ordinal Scale would mark the end of the whole SAO series when suddenly, they drop a new season upon us. And hey, I’m not complaining.

This first episode was so so good. The anime was nothing like its’ other seasons and was so much more interesting. That being said, I don’t think we are gonna see any Asuna or Kirito this entire season and I am perfectly fine with that. This anime could really do without their drama once in a while.

The anime shows us a version of Gun Gale Online from a high-school girl’s perspective which is just so amazing because we get to see how the game really is without all the Death Gun drama.

Another reason why the first episode made such a fantastic first impression was because of how wonderfully portrayed the battle was. The planning, the execution and the result were all so nicely done and really got me excited and kept me glued to my screen throughout. A very well displayed first episode. 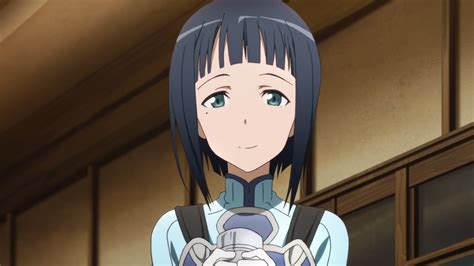 The animation feels pretty much the same and the opening is just average. The ending on the other hand was really bad and doesn’t suit the anime at all. I don’t really have any opinion on the main character as of now but I really am excited to see what this season brings to us! Can’t wait to see more!

This site uses Akismet to reduce spam. Learn how your comment data is processed.